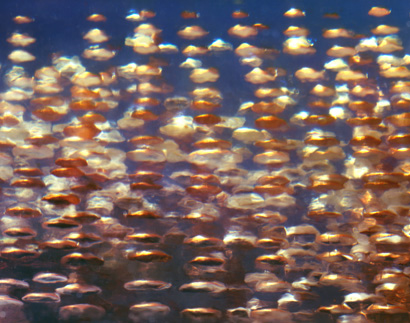 an image from the artist, Dustin Yellin

So. I have again been on the strangest train of serendipitous connections….I was in NYC 4 weeks ago and having a movie marathon with my friend, BerMonkey. (aka Amber Voiles, NY actress extraordinaire whom I met working on the Newton Boys years ago) I happened to have brought my Netflix movies of the moment, The Devil and Daniel Johnston and Man On a Wire. One of the most memorable scenes in the Daniel Johnston film was ” a trip to the dentist with Butthole Surfers frontman, Gibby Haynes where the camera takes you up inside of Gibby’s mouth, yikes!…Cut to 2 days later, I cab up to Chelsea in a last-minute plan to meet up with my compadre, Alex Kilgore of The Stagefarm, which produces “Plays for Play-haters,” in Alex’s words. He is longtime friends wt Gibby from back in their punk rock days in Texas, and Gibby’s friend Dustin Yellin has a show up at Robert Miller that really blows my mind.  I walk through the gallery with Alex, Gibby and Dustin, who has created these large transparent boxes with what-appear-to-be  lush 3-dimensional specimens encased in amber, but are actually many drawings, suspended in layers of resin.. 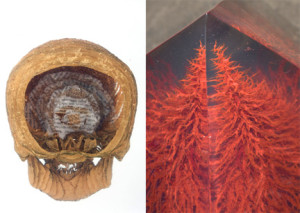 Anyway, BerMonkey and I are very amused that after just  having watched that “up in Gibby’s Mouth Scene,” we would be running around in a strange and frenetic evening with the man, himself. A favorite moment occurrs when Gibby  unsuccessfully attempts to run off with a fabulous Oleg Cassini number i had discovered earlier in the day… My ex, Lalo, had asked me to find him some “cool vintage shirts” on my trip to NY, and I had literally stumbled upon some total gems  at a funky sale warehouse called Peach Frog in Williamsburg. I scored THREE 70’s nylon Cassini shirts, for $7.50 apiece. Gibby tries on the red and white checkered number, which fits him perfectly, but which I refuse to give up, and instead give his wife the address of Peach Frog. 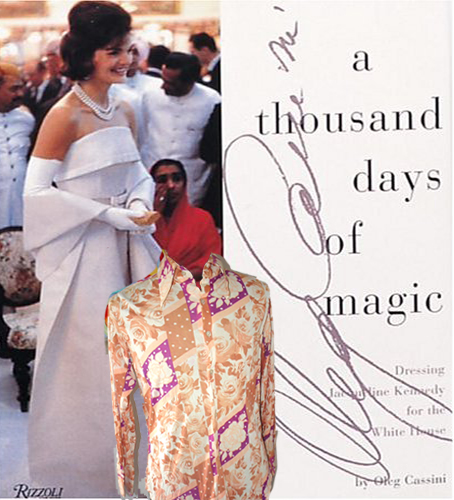